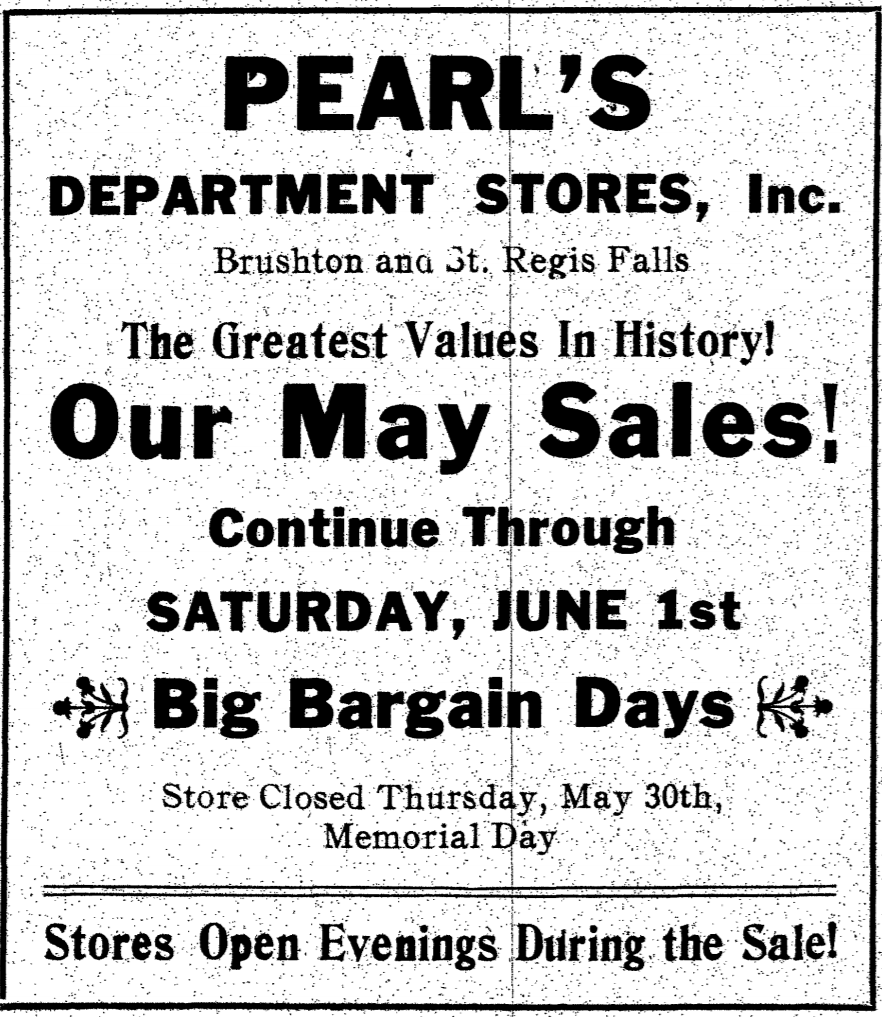 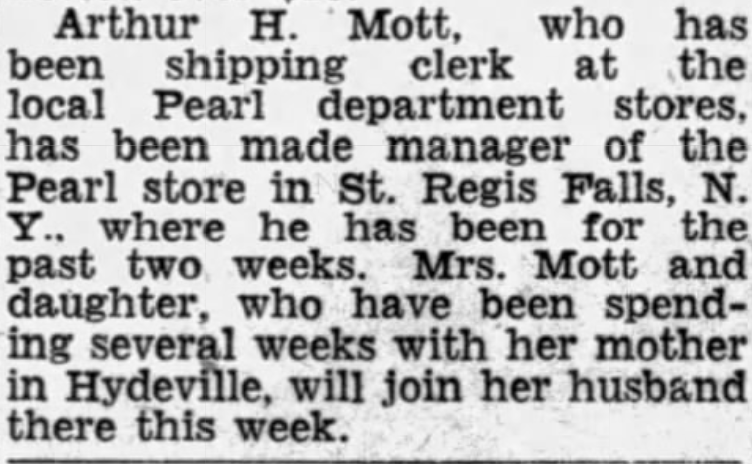 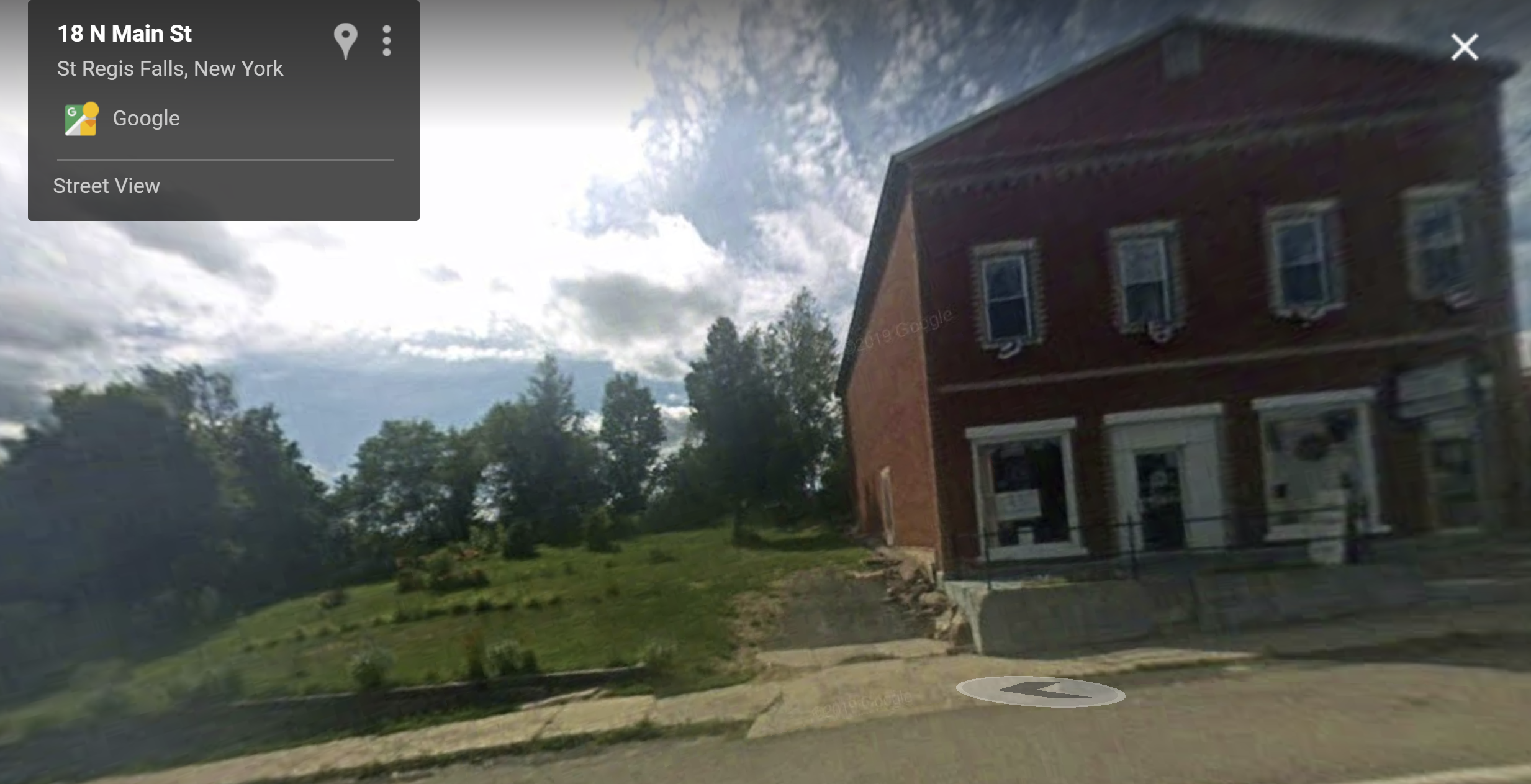 “The Waldman Dry Goods store was on Main St. in St. Regis Falls. The brick building was built in about 1912 with brick from the smokestack of the “old tannery” which was one of the first businesses in SRF. According to the old newspaper of the town of the time, “the new store was made as fireproof as possible”. It had two stories and spaces for two places of business on the ground floor. The Post Office was first located on the north side. Frank Young operated a dry goods store on the south side. A law office and offices of the Vermont Evaporator Co was located upstairs. There was a stairway in the center of the building.  Nevertheless, there was a fire in the building in 1937.  Percy Roswell (bank manger) bought the building from the O’Neil estate and in the early 1940’s sold it to the Waldman family who opened a dry goods store in the south side.  The family lived in the upstairs apartment.

I remember the Waldman family but I was quite little at the time they had the store.  I remember going there to buy underwear to start school and Jerry Waldman was in the class before me.  Mr. Waldman and his wife both worked i the store and were well liked in the community.  There was an older brother Eli,  who was probably in  high school at that time.  I think Eli played basketball with one of my brothers and I remember some story about a local soldier meeting Eli when he was in the service.  According to one oldster of the community, two Anderson sisters bought the store from the Waldman’s and they in turn sold the building to Atty. Irving and Dorothy Mendelsohn after running the store for several years. I don’t remember the Anderson sisters at all.  When the Mendelsohn’s came in about 1947 or 48, the lived above the store and Mr. Mendelsohn  had his office there for a few yearsuntil they bought a home on Kidney Ave. Perhaps the Anderson’s still had the store open at the time but I don’t remember for sure.  Dorthy Mendelsohn is still alive and in the summer lives in Malone.  I don’t remember where she will be this winter since she is well in her 90’s and not too well. I do have her daughter, Nancy’s,  address if you think she would have more information about the Waldman family.  Someone told me that Dorothy Mendelsohn (our business teacher)  was a Cohen, but I think she was a Slavin from Carthage, NY. You might try writing Dorothy in care of her daughter Nancy. If you need more information, I will send you Nancy’s address.

The store was one large room and the merchandise included ladies wear, some children’s clothing, sewing supplies, wall paper, probably shoes and boots and a variety of sundry items.”