Former Store(s)  in Location(s)/ Later Store(s) in Location: (JICNote: The following information is from David Cranston, curator of  the The Kinnear Museum in Lake Luzerne, NY, Home of the Hadley-Lake Luzerne Historical Society) in response to an email I sent:  “Today [10/17/2018],  the Village View Variety Shoppe antique store [at 11 Bridge Street] occupies the building that housed Pearl’s Department Store. The building is next to the Hudson River on the south side of Bridge Street in Lake Luzerne.  Before it was Pearl’s, it was the “Village Store” (also known as the “Village View Variety”). It was owned and operated by Jack Kramer. In 1945, Jack started his business in a store across the street. In 1952, Kramer’s bought the building that you are seeking information on. The building was smaller than the current building and was owned by W.T. Garnar. It was called “Garnar’s General Store”. In the Fall of 1957, Jack Kramer bought an apartment building next door to his new store. That building had a small store on the ground floor. It was owned by Marion Connery. Jack tore the apartment building down and added an addition to his current store. It doubled his floor space.

Then came Pearl’s. I know Mary Lou Pike [the store manager] and will try to contact her (About 5-6 years ago she worked in Ballston Spa for the Southern Adirondack Independent Living Center. I’ll see if she is still there). I don’t know if Pearl’s owned the building or rented it. Something tells me Dr Mary, who lived diagonally across the street at the time owned the building. Pearl’s closed on January 9, 1982.

Some time in March 1982, William Gill started an antique store in the building. I’m not sure if he bought the building or if Dr. Mary owned the building.

Buildings still exist?: Yes (see photo below) As of October 2018, store was up for auction, since occupant was retiring.

Subsequent Owners if sold: Once Pearl’s was closed it became the location of antiques shops.  See information above and newspaper clippings below. 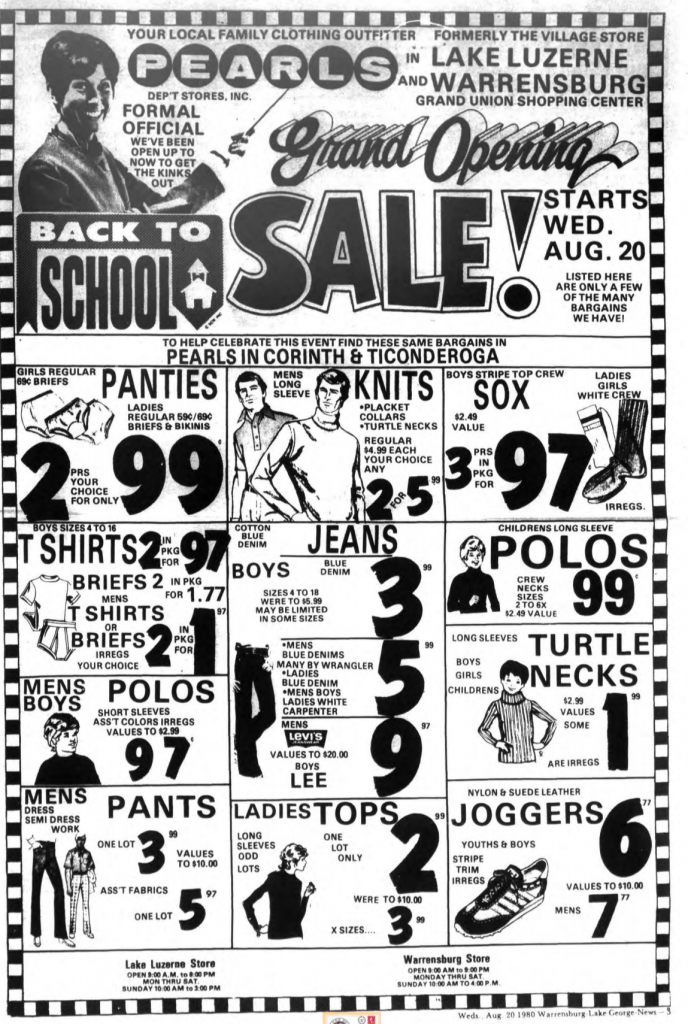 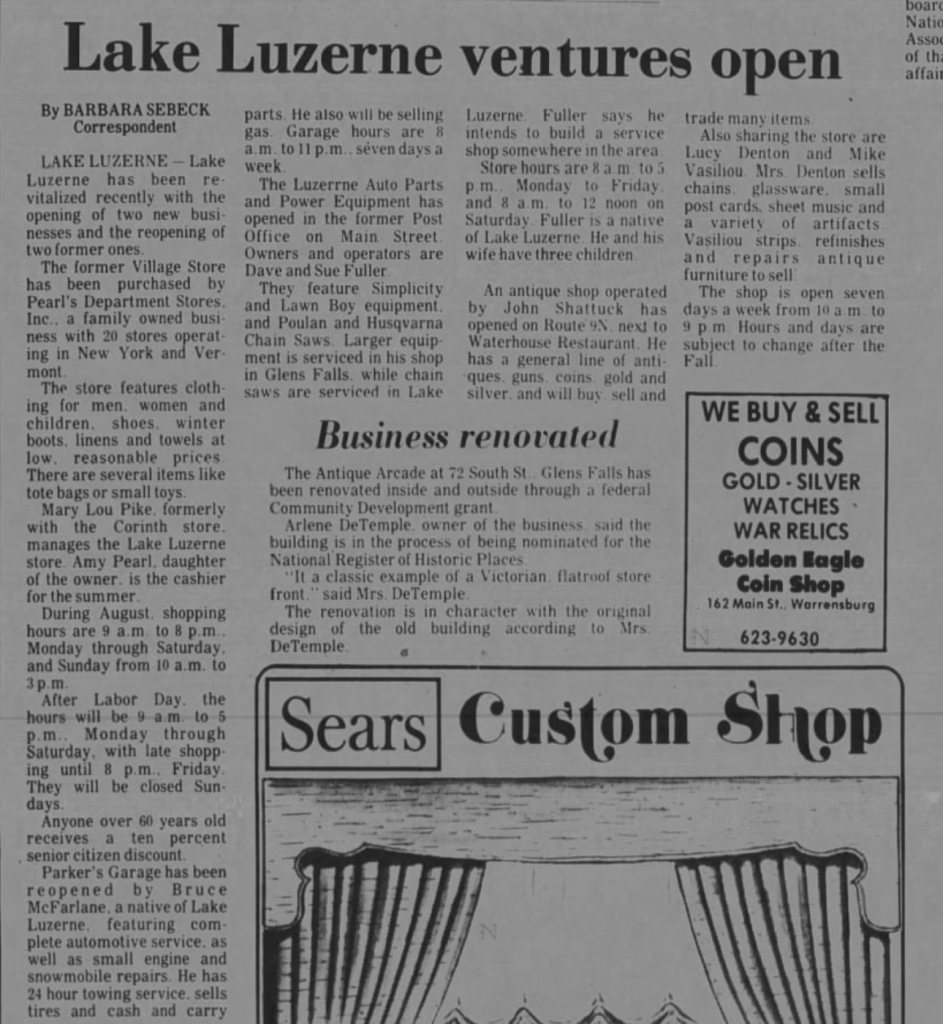 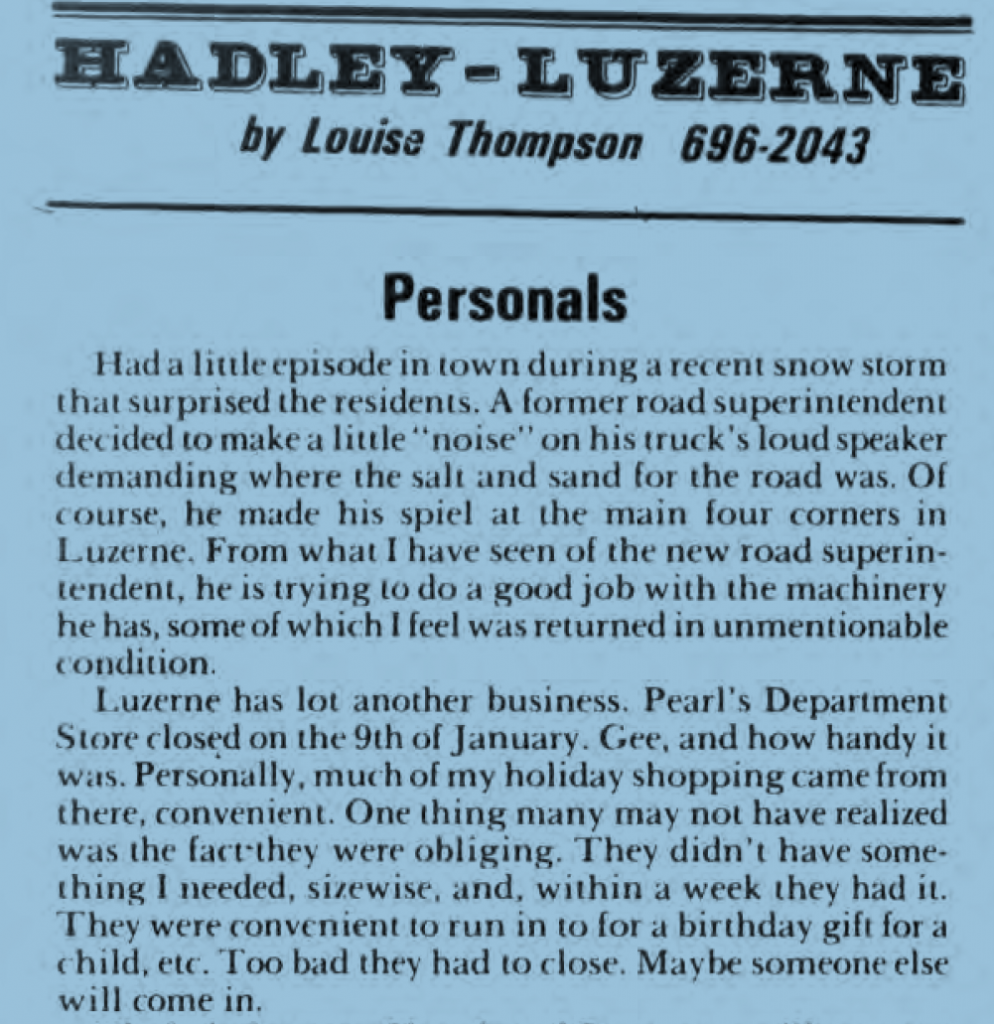 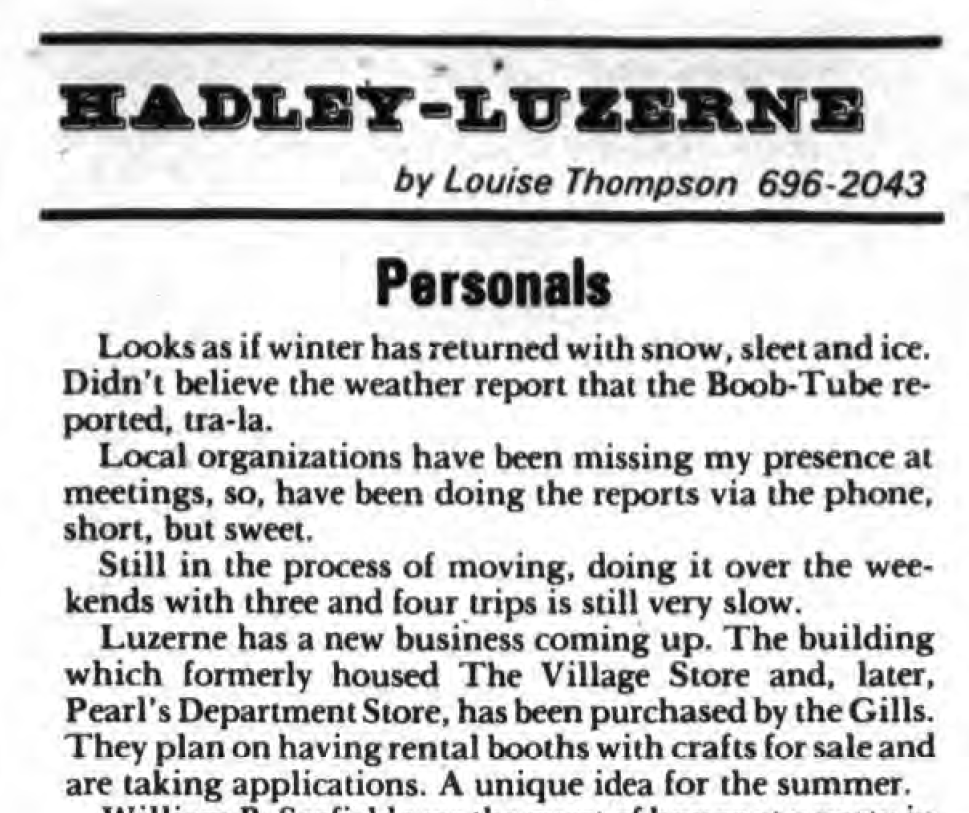