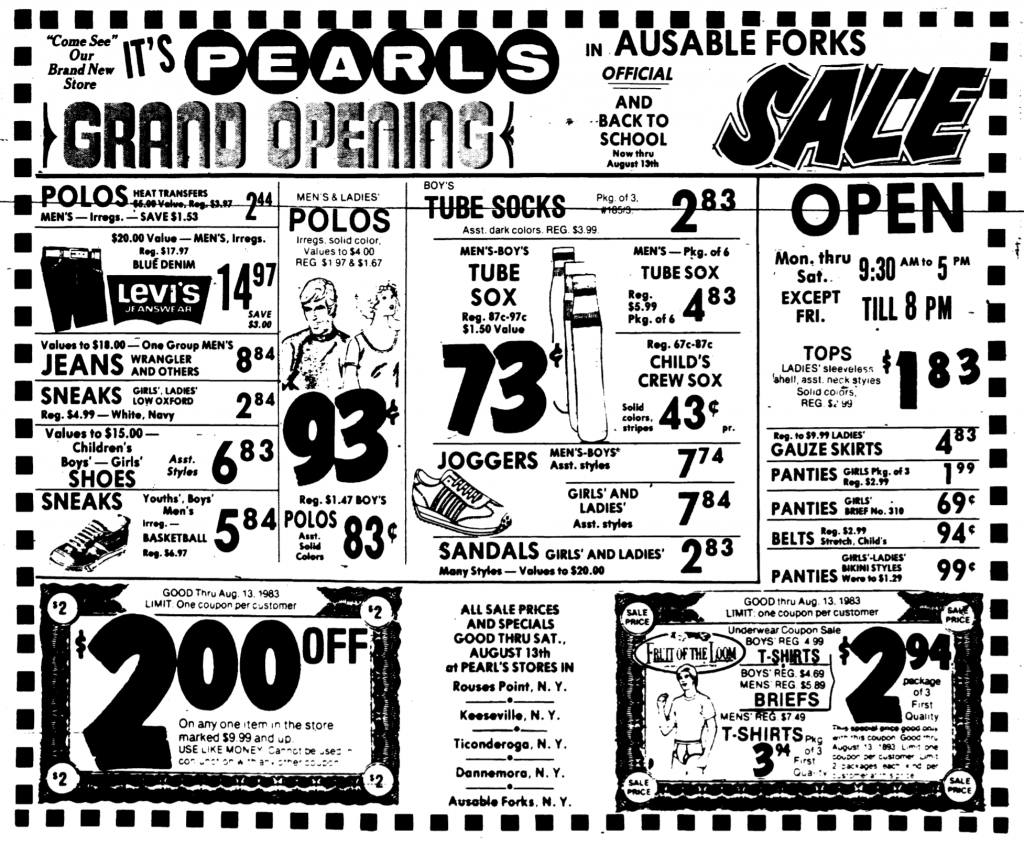 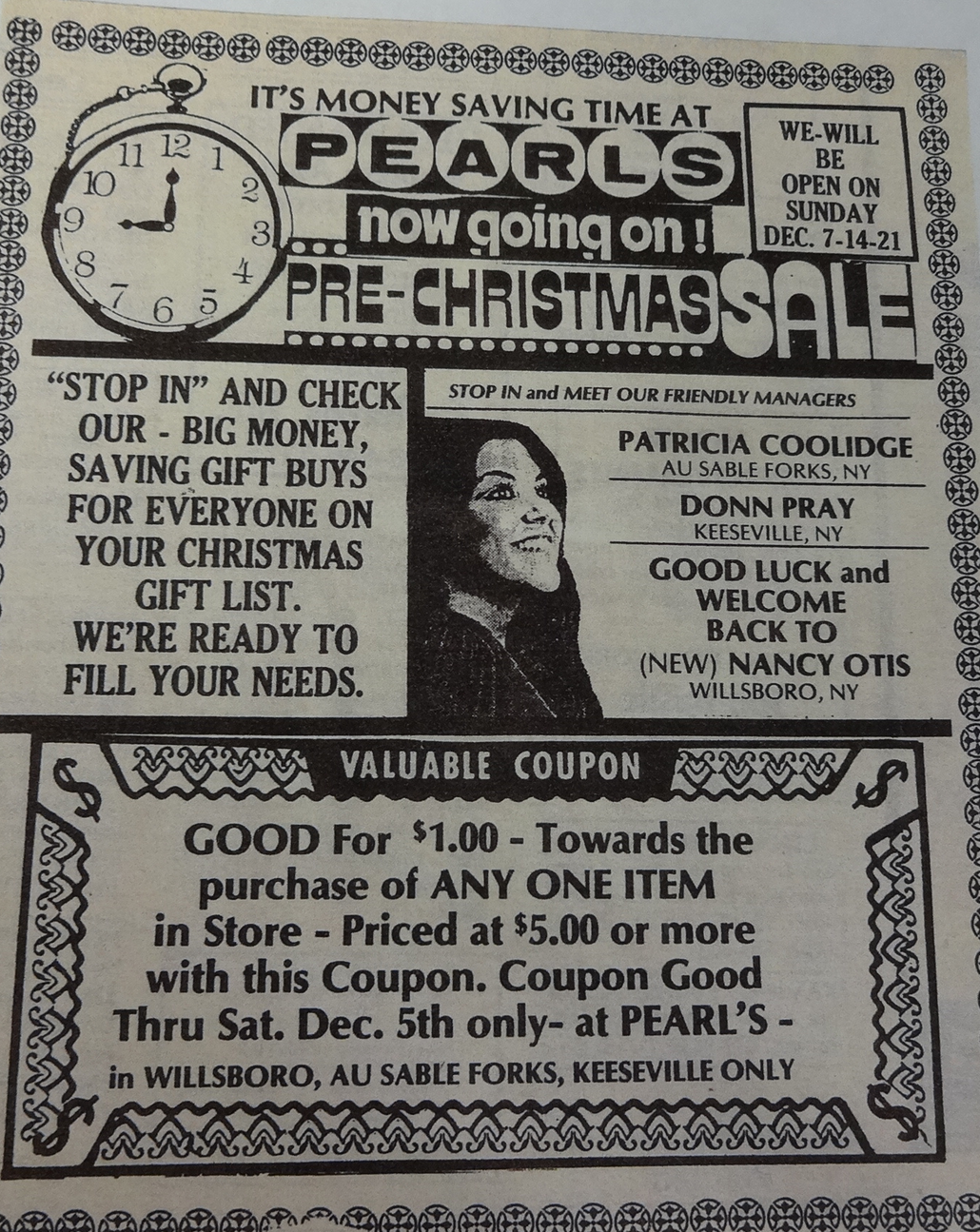 People in Ausable Forks today (September 2017)  do not remember even the existence of this store.