(#2) (366 main Street )[366 Main Street] (The Perley Block, a brick block,  was built in 1883 by A. W. Woodward and C. L. Marsh.  It burned in February, 1908 and was immediately rebuilt.  The  Pedesco Realty division of Pearl’s Department Stores purchased the “Perley block” from Mrs. Herman C. Royce in May, 1955.  In future year’s it is referred to as both the Perley Block and the Pearl block.  Pearl’s had moved into the part of the building Wheeler’s Hardware had occupied (left side); other stores in the block at the time were First National and Oligny’s Drugs, formerly Giddings Drug Store to the right  . In the 1960’s Pearls expanded their store to include the entire first floor of the block.)(source: Janice Geraw, Enosburg Falls historian)] 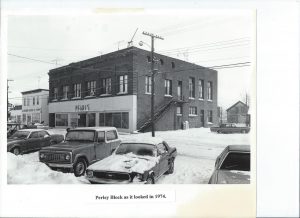 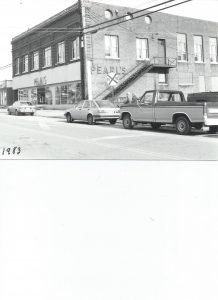 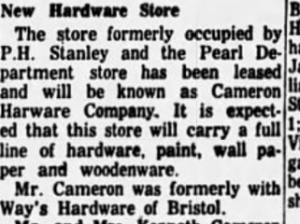 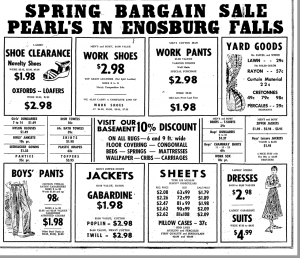 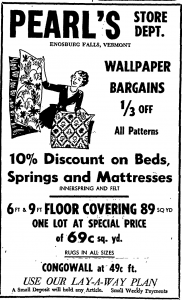 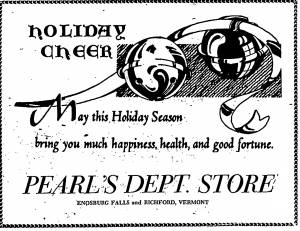 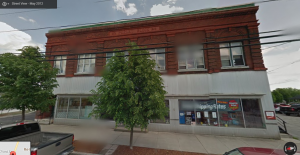